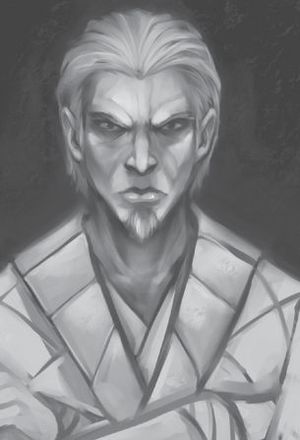 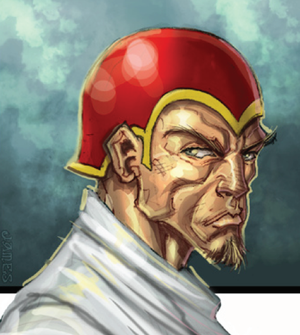 Prior to the ComStar Schism, former ROM informant Kernoff served as the Precentor of the La Grave HPG transmitter. When the bulk of his staff supported the secular ComStar in the wake of Operation SCORPION, Kernoff gathered those few who supported the old order and planted a powerful bomb which destroyed the La Grave HPG and most of the ComStar-sympathetic staff. Kernoff then fled off-world and made his way to the Word of Blake in the Free Worlds League. [4] [5]

Kernoff's skills and his violent and bloodthirsty response to the Schism made him a natural choice to head the Word's ROM, using the advantage of the Blakist ROM's superior numbers to wage a very hostile war with its secular counterpart. Kernoff's deadly reputation was affirmed when he conducted a thorough and bloody eradication of all suspected spies within the Militia, prior to Operation ODYSSEUS.[3] Kernoff's support of Odysseus proved the final blow for his long-standing friendship and suspected romantic relationship with Precentor Demona Aziz, degenerating into Aziz ordering a failed assassination attempt against him in 3056 prior to her own death in 3058.[5]

Present during the initial siege of New Avalon at the start of Jihad, Kernoff suffered grievous injuries during the first naval assault around the Federated Suns capital. Returning to Terra near death, while spending the next two years recovering from his wounds, Kernoff would run ROM from his hospital bed, ensuring his agency's ruthlessness continued as the Jihad rolled forward.[1]

Establishing closer ties with his political rival Cameron St. Jamais, Kernoff increasingly coordinated much of ROM's efforts with the expanded operations of the Word of Blake Militia, gaining a healthy repect for the Blakist Precentor Martial. As Stone's Coalition advanced into the Word of Blake Protectorate, Kernoff appeared to side more with St. Jamais than The Master, directing ROM to help the Protectorate forces try to fend off the suspected Shadow Division attacks led by Apollyon.[1]

Kernoff would mastermind the ROM led defense of Cairo during Operation SCOUR, including chemical weapon attacks to thwart the Allied attackers in September 3078. Kernoff would be injured on September 3rd during the brutal street-fighting in the city, being evacuated in the middle of the night to Blakist-held Novomoskovsk for treatment before returning on October 12th. With the Blakist defense of Terra faultering and Coalition forces encircled his position, Kernoff ordered a system-wide purge of all Word datastores in both the Terran system and those linked to HPG grid on November 1st. [2]

By December he would later order a desperate and ultimately unsuccessful breakout that briefly retook the small spaceport at Giza before Coalition troops pushed them back to ROM headquarters in Cairo. On January 1st 3079 Coalition commander Kiyomori Minamoto would order a combined orbital bombardment and nuclear attack on Kernoff's holdouts. While briefly captured, Kernoff would commit suicide before he could be extracted from the shattering Castle Brian.[2]