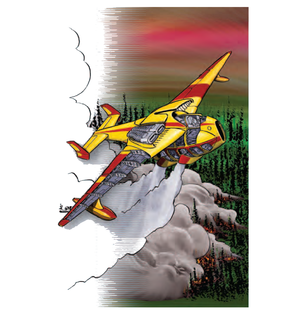 Though VTOLs are considered conventional aircraft by virtue of being able to operate only in-atmosphere, VTOLs behave so differently that they are considered a completely different category of aircraft.

Conventional Aircraft are manufactured on the following planets: