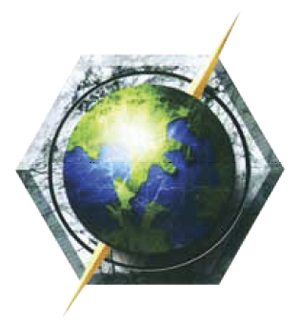 From 2366 to 2369, the Free Worlds League captured several worlds from the fledgling Capellan Confederation, including Andurien. A decade of fierce fighting failed to reverse the losses.

In 2398, Kurnath Liao began the First Andurien War to reclaim the Andurien systems.

In 2528, the depraved Chancellor Kalvin Liao, obsessed with the daughter of Andurien's duke, launched the Second Andurien War. Following his assassination in 2530, his successor ended the war the next year.

In the First Succession War, the Free Worlds League recaptured the Andurien systems in a 2789 campaign. However, Andurien fared well in the Succession Wars: Capellan reverses, forcing them on the defensive and giving them fresher irredentist grievances, prevented another massive invasion.

Andurien's ruler, Dame Catherine Humphreys, forged a covert alliance with Magestrix Kyalla Centrella of the Magistracy of Canopus. The conclusion of the Fourth Succession War in 3030, which saw the routed Capellans lose half their territory to the Federated Suns, emboldened them. Andurien declared independence in September, and began a joint invasion with Canopus of the Capellan Confederation, hoping to seize enough planets to make their alliance a significant power. But the Capellans rallied and drove out the invaders. Meanwhile, Andurien's secession had created a backlash in the rest of the League in favor of the Marik rulers, who now moved against Andurien. Centrella cut Humphreys loose to fend for herself, and the Duchy was overrun by 3040.

On the 25th of April 3075 Naomi Centrella-Liao visited Andurien as an envoy of both the Magistracy of Canopus and the Capellan Confederation. The tense visit involved both reminders of the shared history between Canopus, Andurien and House Liao, but also some pointed warnings against the Duchy of Andurien pursuing "ambitions of the past." The visit was ultimately successful, with Naomi leaving Andurien on the 1st of May with a signed non-aggression pact covering all three states.[2][3]

The Duchy of Andurien soon found itself defending Magestrix Centrella-Liao; on the 7th of February 3076 a Word of Blake force struck at Naomi's JumpShip in the Furud system as she traveled back to Sian after the liberation of Canopus. The Blakist attack was thwarted by AeroSpace forces from the Duchy.[4][5]

The rapid expansion of the Andurien Rangers was due in large part to the revelation that Captain-General Thomas Marik was a doppelganger, although whereas the 5th Free Worlds Legionnaires had found this cause enough to defect as a regiment and pledge personal loyalty to Dame Dalma Humphreys, it had taken the personal intervention of Dame Humphreys in 3076 to persuade most of the 9th Free Worlds Legionnaires to defect to the Duchy rather than imploding as a result of internal conflict and fictionalization.[9]

The Andurien Rangers had adopted a combined arms approach, making use of the excellent conventional assets and often mixing BattleMechs, armor and infantry at a company level; this was in part to make use of the conventional assets available to the Duchy, which were close to the top of the line, but also a reflection of the difficulty the Duchy faced in obtaining advanced BattleMechs. The Rangers were relying heavily on the production of RetroTech 'Mechs from Lopez to replace equipment losses, but had managed to secure the borders of the Duchy and repel attacks from various directions.[9] Replacement equipment issues were not only limited to problems replacing advanced BattleMechs, however; the Duchy was also lacked significant battle armor and aerospace production, relying on trade to acquire enough new equipment to replace losses. The lack of production facilities for these capabilities wasn't preventing the Duchy from seriously considering expanding the training program offered by the Humphreys Training Academy to include training in these areas, however.[10]

By 3079 the Duchy was looking to take advantage of opportunities to expand into the core-ward regions of the former League, having secured borders with the Magistracy and the Capellan Confederation as a result of the non-aggression pacts signed previously; the mutual defense pact reached with the Mosiro Archipelago led to speculation that the Archipelago would soon be annexed by the Duchy.[9] The Duchy of Andurien was maintaining its independence at this point, refusing to align with any of the other major regional factions such as the Duchy of Oriente, the Marik Commonwealth, the Principality of Regulus or with the remaining Blakists, and was likely hoping that the reclamation of the Word of Blake Protectorate by coalition forces would distract the attention of the Capellan Confederation in the near future.[11]

In the early 3080s the Duchy of Andurien was operating some of the loosest export restrictions on military technology of any state, hoping to turn a profit by selling the output from military industries within the Duchy. As a result the products of the Andurien Aerotech facilities that survived the Jihad were soon being exported well beyond the boundaries of the former Free Worlds League.[12]

Its people resent being treated as a prize by these larger powers and would prefer independence. The slogan, "Andurien for Anduriens," expressed this sentiment.

The text in this article is based on this revision of the Wikipedia article "Duchy of Andurien" used under the terms of the GNU Free Documentation License. See the BattleTechWiki's copyright notice.
Retrieved from "http://m.sarna.net/wiki/index.php?title=Duchy_of_Andurien&oldid=634268"