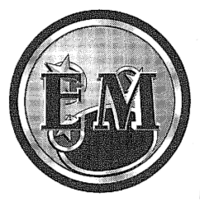 The Ebon Magistrate is a shadowy sub-department of the Magistracy Intelligence Ministry. Believed to have been created by Magestrix Emma Centrella during her reforms of the 3040s, the very existence of this organization could not be confirmed until some decades later by other intelligence agencies. It has been described as an ultra-elite covert unit consisting of military and civilian personnel drawn for across the Magistracy with no close family or friends. They are organized into autonomous, semi-permanent cells who reportedly take their orders directly from the Magestrix. They are highly trained in every manner of lethal actions against their targets, from martial arts to operating a BattleMech in combat, and most notably have received "personal modifications" in the form of cybernetic enhancements.[1][2]

One of the first confirmed missions of the Ebon Magistrate took place during the Jihad in 3073, when the Word of Blake's 41st Shadow Division, an elite Manei Domini unit, was tracked to its base of operations on Aspropirgos. In a joint operation with the Capellan Confederation (reportedly using a special chemical weapon which causes myomer implants to ignite), the Ebon Magistrate dealt a crippling blow to the 41st Division, forcing it to retreat deeper into the Free Worlds League.[3]