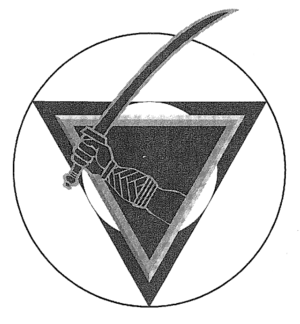 The Maskirovka (the Russian word for "disguise") is the intelligence arm of the Capellan Confederation. It is perhaps the most feared intelligence apparatus in the Inner Sphere. This fear has been one of its greatest weapons and helped prevent many attacks from outside the Confederation or from within it. Despite its utter failure during the 4th Succession War, Chancellors still trust the agency like no other.

Originally the Maskirovka was a committee designed to investigate an older intelligence agency, the Deimosis, which traced it origins to the days of the Capellan Hegemony. The Deimosis' original duty was as a government agency responsible for coordinating census matters between the internal states of the Hegemony. As the power of the Hegemony and the influence of its governing Agoropolis grew, so did the power and remit of the Deimosis. By the time the Hegemony came to an end and was replaced with the Capellan Commonality, the Deimosis had evolved into an internal secret police organization responsible for the protection of Hegemony policy against all enemies, foreign and domestic.[2] The Capellan Confederation inherited the Deimosis, but the organization had become so riddled with foreign infiltrators that Chancellor Kurnath Liao commissioned a task force in 2396 to investigate the problem. Thanks to the Maskirovka's efforts, they were eventually able to unmask hundreds of infiltrators in the Deimosis' ranks. The purges left the organization so gutted that the Chancellor approved the Maskirovka to take over as the state's intelligence agency.[3]

The Maskirovka play an important role in the early centuries of the Confederation. Reportedly, as Chancellor Arden Baxter was fomenting anti-Liao feelings among the citizenry, it was Maskirovka agents who convinced a lieutenant of Marion's Highlanders to assassinate him.[3] The organization were instrumental in securing BattleMech technology for the Confederation thanks to a daring operation which turned a high-level Free Worlds League technician.[4][5] They also carried out Kalvin Liao's purges against the Capellan nobility, manufacturing evidence where needed.[5][6]

At the start of the Star League era, the Maskirovka helped end the Freebooter's War by locating the rebels' base of operations on Wisconsin.[7] However, when a group calling itself the Chesterton Liberation Battalions detonated a nuclear device on Demeter, the Federated Suns blamed the Maskirovka for aiding them, a vile charge which they denied.[8][9] As the Star League dissolved and the Succession Wars began, the Maskirovka was pressed into the action. They were able to secure the codes allowing Strike Force Devlin to hit New Delos and made the necessary background checks to ensure the units involved would carry out the Chancellor's orders for total destruction.[10][11] Unfortunately, when the Confederation tried to liberate Chesterton from the oppression of the Federated Suns, a double-agent was able to warn them of the attack, leading to disaster.[12][13]

As the Succession Wars dragged on, the Maskirovka continued its mission to protect the Confederation and House Liao, though it was a Maskirovka defector who assassinated Tarlak Liao in 2950.[14] As Tormax Liao's rule began to crumble, the Maskirovka helped identify those Capellan nobles who showed disloyalty by seeking terms with the Free Worlds League and harshly punished them.[15] It wasn't until the reign of Maximilian Liao however that the Maskirovka received the funding and independence it needed to help implement one of the Chancellor's great successes. Thoroughly penetrating the bureaucracy of the Free Worlds League border region, the organization helped bring about the alliance between Maximilian and Anton Marik and sparking Anton's Revolt. The plan almost worked, though in the end it was Anton's own incompetence which doomed the rebellion to failure.[16] Maximilian would attempt similar conspiracies against the Federated Suns, first by attempting to replace Hanse Davion with a double, then by trying to turn Michael Hasek-Davion as he had Anton.[17][18]

The most infamous episode in the Maskirovka's history began when one of its operative, Tsen Shang, recruited a promising Davion MechWarrior of Capellan ancestry named Justin Allard, son of Quintus Allard, head of the Federation's MIIO. Though some within the organization feared he still harbored fealty to the Federated Suns, Justin gave no signs of disloyalty and performed excellent work for the Maskirovka, earning promotions for himself and Shang.[19] When the Fourth Succession War began, the Maskirovka seemed helpless in staving off the Davion-Steiner juggernaut, especially when it became apparent that a traitor was feeding information to them. Tsen and Justin were put in charge of finding the culprit, ultimately determining that the information Michael Hasek-Davion was secretly providing were false reports. On the Chancellor's orders, Justin personally executed the Davion turncoat when he arrived on Sian after fleeing Davion territory.[20] As the war continued to go badly for the Confederation, one of the few successes was Justin Allard's covert strike, Operation Intruder's Communion, which stole the secret of producing Triple-Strength Myomer or TSM from the Federation.[21] Hoping to slow down the Federation's invasion, Tsen Shang devised a plan to hit the vital shipyards at Kathil which, if successful, could have altered the course of the war.[22]

It failed due to one of the greatest acts of treachery in the agency's history. Justin Allard had been a Davion double-agent the entire time, passing on information to his father while hampering the Confederation in secret; even more, he had seduced and won over to his side Duchess Candace Liao, Maximilian's eldest daughter. Justin gave enough warning about the impending Kathil raid that the 1st Kathil Uhlans succeeded in destroying the attacking force, then launched its own daring raid to rescue Justin and Candace (using the sabotaged TSM against the Capellan defenders in the process). The Fourth Succession War came to an end with Candace and Justin jointly leading the breakaway St. Ives Compact.[22]

When Maximilian finally died a broken man in 3036, Romano Liao took power, and immediately began a vicious purge of the Maskirovka, killing hundreds. In particular all those who had had dealings with Justin Allard were put to death, the one exception being her personal consort Tseng Shang, whom she made Director of the agency after executing Lady Chandra Ling. By this point the Maskirovka was a shadow of its former self, relying on sheer brutality and fear in order to keep the Confederation's enemies in check.[23][24]

When Romano and Tseng were assassinated during the midst of the Clan Invasion, Sun-Tzu Liao ordered the Maskirovka to find their killers, though eventually the matter was dropped as more pressing matters came to the fore.[25] Under Sun-Tzu's leadership, funding for the Maskirovka was increased and much-needed reforms were instituted, including an end to the policy of "shooting the messenger" when bad news was delivered.[24] The Maskirovka was responsible for supplying arms and training to the Zhanzheng de Guang operating within occupied Capellan territory and spreading propaganda to those who still yearned to rejoin the Confederation.[26] And it was the Maskirovka which discovered Victor Steiner-Davion's own plot to put a double in charge of the Free Worlds League, sparking Operation Guerrero.[27] However, it would take the successful reintegration of the St. Ive Compact for the Maskirovka to finally overcome the failures of the past and begin to grow again. As with the rest of Capellan society, the Maskirovka was caught up in Sun-Tzu's Xin Sheng reforms, gaining not only Han-influced department titles but a revitilizations in operations conducted.[24]

The Office of the Director, or Ma Si Jia Ruo Na Dong Shi Bu is the head of the Maskirovka, with only the Chancellor possessing higher authority as far as the agency is concerned. The Director's primary duty is to keep the Chancellor and his Strategic Military Director appraised of all concerns or threats, within the Confederation and outside it, and is personally responsible for all Maskirovka operations and agents. For this reason the Director is almost never more than a single jump away from the Chancellor, often traveling with him on the Pearl of True Wisdom, the Chancellor’s personal DropShip.[24][28]

The Huang Di Shi Zhe, formerly the Capellan Operations Branch, is tasked with all foreign covert operations, from espionage to sabotage.

Zang shu er (Chancellor's Ear): Tasked with information gathering and infiltration, this department is the largest and generally most reliable in the Maskirovka. The Chancellor’s Ear maintains a web of informants and sleeper agents across the Inner Sphere, ready to act when called upon.[24][28]

Zang shu jiao zha (Chancellor's Cunning): Formerly known as the Department of Misinformation, this branch is responsible for confounding the Confederation’s enemies by providing false information to known enemy agents inside the Confederation and disseminating alternative facts to enemy news outlets.[24][28]

Zang shu jian (Chancellor's Sword): The covert operations department, the Chancellor's Sword conducts a variety of "black ops" missions in foreign territories, including sabotage, psychological warfare, and assassination. Some Sword agents are former criminals who have been recruited into the agency, but many simply have the "ethical flexibility" necessary to conduct their missions.[24][28]

The Huang Di Yi Zhi, formerly the Special Services Branch, is the department most people (including citizens) think of when they imagine the Maskirovka. Charged with internal security and fanatically loyal to the Chancellor, the Will has a history of using brutality in upholding the state's authority.

Zang shu zhe (Chancellor’s Shield): The Maskirovka’s counterinsurgency arm, the Chancellor's Shield quells domestic unrest and roots out the foreign agitators who cause them. If an individual is suspected of working for a foreign government, the Shield will monitor them for no more than a month and, if such suspicious are proved warranted, will act swiftly and often violently to neutralize the threat. It is this department more than any other that gives the Maskirovka its feared (and thuggish) reputation.[24][28]

Zang shu sheng (Chancellor’s Voice) The Voice is the propaganda department of the Chancellor's Will and places operatives in every media outlet in the Confederation to ensure the news being reported reinforces the citizen's loyalty to the Confederation. This department had an essential role in ensuring the success of Sun-Tzu's Xin Sheng reforms by playing to the citizen's patriotism and distrust of the "barbarians" who threaten their way of life.[24][28]

Zang shu cheng (Chancellor’s Eyes): The Chancellor’s Eyes, formerly the Department of Officer Observation and Cultural Monitoring, are in charge of monitoring the Capellan population. Among the citizenry, these agents pay attention to trends in the Capellan art scene and monitor Capellan educational facilities for subversive elements. Eyes operatives are also active in the military, watching for similar trends with the added responsibility of being on the look-out for signs of "Hopeless Battle Syndrome." [24][28]

While the largely bureaucratic staff of the Maskirovka’s departments are trained on Sian in small secondary facilities, most Maskirovka operatives are trained away from the capital on a personal basis; in fact no dedicated training facility exists for operatives destined for foreign service. Most of these agents are selected from the population of a targeted world and turned into "sleeper agents" in situ. The lack of a centralized training facility is based on the theory being that any loyalty which might be engendered by such an institution could undermine larger loyalty to the state.[24] Worlds known to have hosted Maskirovka training centers included Keid and Old Kentucky.[29]

The Maskirovka has access to some of the most advanced technology available to the Confederation, indeed available to the Inner Sphere. Among the many tools they can call upon are gauss pistols, surveillance kits and VTOLs, interrogation devices, special Aerospace Fighters for high-speed insertions, and even a series of space stations.