(Redirected from Order of the Five Pillars) 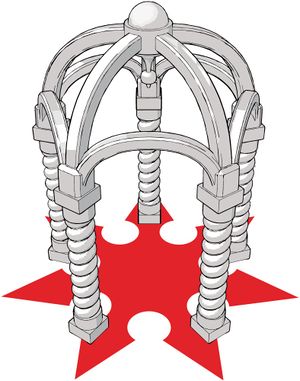 Keeper of the Family Honor Sanyu Kurita grew the Order of Five Pillars or more often O5P in the 2420, forming it from the agents she was using to control the ivory trade in the Draconis Combine. The O5P was acting as regulators of the ivory trade, informing the Keeper about the situations surround it. The ISF found this to be an encroachment into their responsibilities and quickly complained to the Coordinator, who shrugged off the complaints. Unable to quash the development of this rival intelligence agency, the ISF instead infiltrated it.[1]

That is the lowest ranks of the O5P. The hunters, traders, the security forces, warehouse-men and artisan are the workforce which bring the order the wealth. The order posses also an independent jump-ship fleet with its own space marine for security duties. All naval personal are also Neophyte.
One level above are the members with more responsibility. That includes the monks which monitoring the locals about their believes and also planetary circuit riders. In the outer reaches they are also teachers.
The members which receive knowledge through mediation or other religious ways are considered as Illuminate. They are the living example for the strength of the order. The monks guide the subordinates with a wise hand.
That is the highest rank with in the order beneath the Keeper.