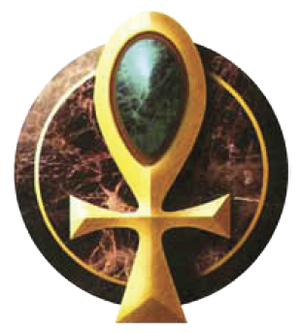 The Fiefs is a constitutional monarchy that is currently operating under martial law.

Though the Regulan Fiefs was not christened as such until 3086, its history begins before that. 2243 saw the founding of the Principality of Regulus. The fledgling nation then joined the Free Worlds League in 2271 as one of the three original founding members. The power of Regulus waned throughout the League's history, but the interior province grew prosperous. Only the technological decline of the Succession Wars arrested that growth.

In 3036, a man purporting to be Thomas Marik was named Captain-General of the Free Worlds League. "Marik" took many steps to centralize authority in the person of the Captain-General, which was generally opposed by Regulan leaders. In 3068, the Word of Blake produced evidence that the Captain-General was not, in fact, Thomas Marik, but an impostor planted by ComStar in the 3030s. When members of House Marik continued to support him, Prince Kirc Cameron-Jones of Regulus declared himself Captain-General, citing the illegality of the claim "Thomas" had to the throne and the refusal of an actual member of House Marik to claim it. Subsequently, Corrine Marik was declared Captain-General by a Blakist-sponsored regime, while Therese Marik also decided to claim the position for herself from her power base of Tamarind.

Following his 3069 declaration, a coup supplanted "Marik," so he fled to his power base and father-in-law on Oriente. There, Duke Christopher Halas agreed to harbor him, which Prince Kirc vehemently opposed. Spurred on by his lover, Cameron-Jones sent an assault force to Oriente in 3071, which was wiped out by defending naval assets. On 6 June 3072, Kirc's lover revealed herself to be a Manei Domini agent even as Blakist forces devastated Regulus itself.

It was the Regulan assault on Gibson, once the heart of the Word of Blake, in 3078 that signaled the death knell of the Free Worlds League. Their nuclear assault proved their willingness to use whatever resources necessary to defeat the Word. The Word of Blake was defeated finally in 3081 by a coalition led by Devlin Stone.

In 3134, Captain-General Lester Cameron-Jones attended the state funeral of Paladin Victor Steiner-Davion along with other leaders, including those of the League's successors. He accomplished nothing at this summit for Regulus.

3135 saw a terrorist bombing at one of the Fiefs' most posh hotel that was reminiscent of a Blakist suicide attack on Clipperton. This forced Cameron-Jones to respond personally, though it soon became evident that it was a distraction for the Oriente Protectorate to pursue Jessica Marik's plan to reunite the Free Worlds League under her. In response, Cameron-Jones sent an assassin after her family that succeeded in killing her oldest son and critically injuring her oldest daughter.

On 7 July 3148, the Regulan Fiefs surrendered to the Free Worlds League following an invasion that was sparked by the assassination of Jessica Marik. The Regulan Fiefs were granted provisional status within the League for a period of ten years, after which they would be allowed to request full membership.[1]