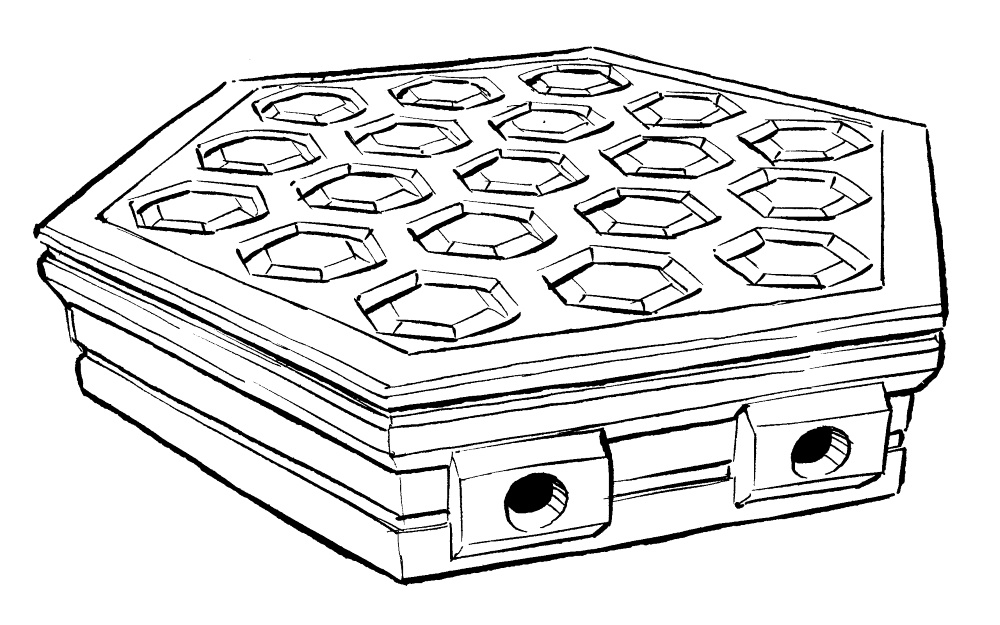 Though originally developed by the Lyran Alliance in 3066, the Chaff Pod entered wider service in 3069.[1] Despite being an experimental system, Chaff Pods have been used on several combat units. These units are usually ground-based since the small size of the Chaff Pod makes it useless in the vacuum of space. A Chaff Pod fired off by an aircraft in the atmosphere functions normally, however.[1]

The Chaff Pod weighs one ton and takes up the same amount of space as a Medium Laser.

The Chaff Pod is activated at the end of the mounting unit's Movement Phase. It fills the hex with obscurants that act as light smoke and are two levels high. LRMs and SRMs fired at a unit in the Chaff Pod affected hex are affected as though attacked by an Anti-Missile System. Rocket Launchers and MRM salvos are not affected in this manner. The electronic noisemakers used by the Pod generate a one hex ECM bubble around the unit. The Chaff Pod's effects only last through the Weapon Attack and Physical Attack phase of the turn. By the end phase of the turn, the chaff and obscurants have settled to the ground and the electronic noisemakers have used up all their power.[1]