Wangker Aerospace is a fighter manufacturer that noted for constructing the Corsair, Eagle, and Thunderbird classes of Aerospace Fighters. 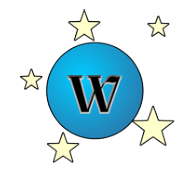 When first established prior to the fall of the Star League, then interstellar corporation was expanded to five differient worlds providing fighters for both the Terran Hegemony and the Federated Suns. Its most noted product, the Corsair, was noted product. The fighter was for the Star League Defense Force, whom was recovering from theAmaris Coup.[1]

The Succession Wars, were not kind to Wangker. Its plant on Connaught was captured by Free Worlds League forces. The plant's had a small production line, which produce limited amount fighters for the league. It and the rest of the its complexs that were targeted and destroyed in open rounds of the First Succession War. The corporation faced extinction with all of its manfacturing facilities layed into ruins. However, the company was able to deploy teams technicians and specialized reclamation to the ruins of its complexs. These teams salvage gathered all the usable equipment from these factories before they were worked over by salvagers. These materials were brought to the Axton, where that site was rebuilt by the middle of the Second Succession War. Due to complex being product of what became LosTech, it suffered over course of the centuries from being worn down.[2] The company's Axton site became the target of the Capellan Confederation raids. Those raid's damages inflicted to it were minor compared to the devastation of the First Succession War.

At dawn of the 31st Century, Wangker's production equipment signs of almost completely failing. The company was able rebuild during the 3020s and 3030s with recovery of the Helm Memory Core. This event the company's fortunes changed for the better. The recovered technology allowed the Company production lines become on fully and even enhancing its products to the FedSuns' armies.[3]

The Jihad and Devastation

The Jihad darken Inner Sphere in late 3067, the company able produce newer and latest technology enhancements for its aerospace craft.

Wangker's Axton complex was target of a raid by the 33rd Division of the Word of Blake in 3074. Wangker received the worse damage it seen since the First Succession War. The facilities were so damaged, that by 3075 its expanded complex was still unable produce any AeroSpace Fighters.[4]

Wangker Aerospace has manufacturing centers on the following planet(s):

Note: During the Jihad the Axton facility suffered heavy capital and personal losses of 95%, and the operating capacity of the factory is reduced to 25% of their main production volume in 3079.[5] The plant's production in 3079 was restricted to Corsair and Thunderbird fighters.[6]