(Redirected from Mercenary Review Board) 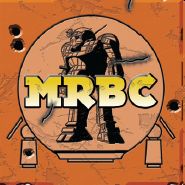 The Mercenary Review and Bonding Commission (MRBC) is an independent supra-national organization that serves as the Human Sphere-wide official registrar for all legal mercenary units. Created in 3052, it is the successor of ComStar's Mercenary Review Board (MRB) that previously filled the same role from 2789 to 3052.

The MRBC functions as a mercenary guild, brokering and arbitrating mercenary contracts in the endless wars in the Inner Sphere and also in the Periphery. Apart from registering mercenaries and providing a ranking system to gauge performance and reliability, the MRBC also serves as a court of arbitration in contract disputes for both employers and mercenaries. If a mercenary unit is not registered with the MRB/MRBC then it is usually not considered to be a legitimate mercenary command, and therefore not subject to POW rights, among other drawbacks, though there are exceptions.

While operated by ComStar as the MRB, it was at the same time also a criminal extradition service, a prisoner exchange and ransoming service, and a banking house. Arbitration of contracts by ComStar's Mercenary Review Board provided a valuable safeguard on both sides, as any unit failing to perform contracted services after taking an advance found itself unable to evade ComStar's almost universal reach. ComStar informed other potential employers of a rogue unit's actions, and had the power to threaten an Interdiction against any House employing such a unit. To ensure fair dealings on the part of employers as well as those they hired, the MRB provided for a panel of ComStar administrators to hear claims concerning breaches of faith and to judge the veracity of complaints. Upon reaching a verdict, the panel broadcasted its findings throughout the Inner Sphere. As the reputations of mercenary units and their employers have a bearing on subsequent negotiations involving other units or Houses, violating contractual terms offered little profit to any concerned[1]. The MRBC still offers all these functions but to a lesser degree, due to being a separate organization from ComStar.

Formed in 2789 by ComStar founder Jerome Blake, the Mercenary Review Board allowed ComStar agents to serve as brokers for all mercenaries and their employers in the Inner Sphere.[1] The planet Galatea with its numerous Hiring Halls became the "Mercenary's Star", the greatest center of the mercenary trade in the Inner Sphere where mercenaries could train, rest, repair and negotiate their contracts.

While publicly accepted as a means to ensure neutral dealings for all parties, ComStar in truth created and maintained the MRB as a clandestine means to monitor and control mercenary forces. Attempts by mercenaries themselves to setup their own competitors to the MRB, such as the short-lived Mercenaries Guild (2956 — 2968), fell prey to the determined opposition of ComStar to prevent any threat to its role as a neutral arbiter of inter-House dealings.[1]

The first real change in the mercenary business in centuries occurred over several years, and did not affect the Mercenary Review Board as such. Wolf's Dragoons, one of the premier and most influential mercenary units, were granted the world of Outreach in 3030 and began to establish it as a new Hiring Hall. The center of the Inner Sphere's mercenary business began to gradually shift from Galatea to Outreach.

The end of the Mercenary Review BoardEdit

ComStar lost most of the trust that the powers of the Inner Sphere had previously placed in the organization because of the ramifications of the failed Operation SCORPION and when their clandestine collaboration with the invading Clans was revealed in 3052. In the schism that followed the upheaval within the organization, the Word of Blake zealots broke away and ComStar reverted from a mystical sect to a commercial provider of communications and other technology. Bereft of their status as a impartial and trustworthy power, ComStar could not muster the authority anymore to control and arbitrate the mercenary business as they used to. During the peace summit that ComStar Primus Sharilar Mori held on Terra in the spring of 3052, the Draconis Combine announced that they no longer recognized ComStar as a neutral mercenary contract arbitrator; the Capellan Confederation and Federated Commonwealth followed suit. After 263 years, the MRB essentially collapsed.[1]

To salvage something out of the deteriorating situation, Precentor Martial Focht proposed at the summit that ComStar would abandon control of the MRB, and to have it re-form as a jointly administered committee made up of representatives from each government[2]. The defunct MRB was dissolved in 3052 and replaced with the Mercenary Review and Bonding Commission (MRBC) in the same year already[3][4], although the Mercenary Review and Bonding Accords were only signed in 3054[4]. The MRBC essentially took over the MRB's business in what appears to have been a seamless transition.

Besides the five Great Houses of the Inner Sphere, the MRBC was made up of representatives of the Free Rasalhague Republic and the St. Ives Compact. ComStar was allowed to maintain an active seat, and another seat was granted to Wolf's Dragoons, arguably the most famous mercenary unit in existence at the time, as a representative of the mercenaries.

Outreach, the home of Wolf's Dragoons and by now already the premier hiring hall, was chosen as the official home of the new MRBC following a suggestion from the Federated Commonwealth representative at the summit[2]. In reference to Wolf's Dragoons, who represent the mercenary trade and are regarded as the yardstick against which to measure the success of a mercenary unit, the quality ratings for mercenary units established by the MRBC became colloquially known as "Dragoon Rating".

While Outreach had been an important hiring hall before, the establishment of the MRBC spelled the end for Galatea as the official center of the mercenary trade until the Jihad. Galatea subsequently fell on hard times, although it remained a hiring center for less-reputable (or simply less successful) mercenary commands. In 3062 the MRBC returned to set up a satellite office on Galatea, with plans announced for furter MRBC offices on Solaris VII, Arc-Royal and Northwind—a move viewed by many as an attempt to prove the MRBC's neutrality and shed the impression that it was effectively run by Wolf's Dragoons.[5][6]

The Jihad and the Dark AgeEdit

In the wake of the massive destruction inflicted on Outreach by the Jihad in 3067, the MRBC moved its primary offices to Galatea after its liberation from the Blakists in 3076. Following the conclusion of the Jihad, only the Galatea MRBC branch remained active in the wake of the Republic of the Sphere's 3081 Republic Mercenary Act mandating it as the only legal mercenary destination within its borders. With the reduction in warfare resulting in almost all other hiring halls in the Inner Sphere closing, by 3109 Galatea again was the undisputed Mercenary's Star of the entire Inner Sphere. This all ended in 3132 when Gray Monday caused great complication for mercenaries and the Galatean-based MRBC-RB (Republic Branch), the lack of timely communications eventually resulting in the MRBC-RB declaring bankruptcy in that same year. In 3133 the MRBC was revived, but as a shadow of itself, with its former neutral brokering replaced with a heavy bias towards its employers and resulting in unscrupulous and exceedingly poor contract terms for many mercenaries.[7]

These are the known members from ComStar that worked for the Mercenary Review Board:

By 3056 each of the five Successor States plus the Free Rasalhague Republic and the St. Ives Compact had a seat in the council. ComStar was allowed to maintain an active seat, and another seat was granted to Wolf's Dragoons as a representative of the mercenaries.

During arbitration, four of the members of the panel would hear the case and take the vote on the disputes. The appointees were ComStar, a Mercenary representatives without ties to the involved Mercenary unit and two of the State representatives, though never the contracting party. Each of the disputing parties could veto one of the representatives if they felt it could be biased against them.[8]

These are the known members that worked for the Mercenary Review and Bonding Commission: