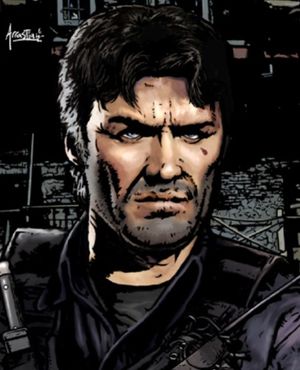 Little is known about the early life of Devlin Stone. ComStar had no records of his existence until the early 3070s, when he led an insurrection at a Word of Blake prison camp on the world of Kittery. It is in that prison camp that he came into contact with David Lear, son of Kai Allard-Liao. Through David, Devlin met many of the leaders of the Inner Sphere and some of the Clans. Stone prosecuted a hard-fought military campaign that culminated in the liberation of Terra in the 3080s. After the Word of Blake's Jihad was defeated, Stone struck a bargain with all of the Great Houses except the Capellan Confederation to cede control of some of their worlds nearest Terra so that Stone could create his own nation, the Republic of the Sphere. He proved that he had no problem using military force when he took the planets from the Capellans that they had refused to hand over.

Stone benevolently led the Republic of the Sphere as its Exarch until 3130, when he stepped down and handed rulership to Damien Redburn. He mysteriously disappeared soon after, promising to return again should he be needed. Shortly thereafter, the HPG network was knocked out, leading to Sphere-wide chaos. Despite that, Stone has yet to reappear.

In October of 3073, Stone met with ComStar Precentor Martial Victor Ian Steiner-Davion on Tukayyid, in a meeting arranged by David Lear. At that meeting, he and Lear laid out a philosophy which Victor would privately describe as "militant socialism keyed to altruism". Officials and authorities would have their assets placed in a blind trust. Public service would be rewarded. Greed and corruption would be punished. All weapons would be placed under the government control. They mutually agreed that the approach would be most effective on worlds liberated from the Blakists, where the pre-existing authority and structure had been all but completely eliminated, as was the case on the worlds of the Kittery Prefecture. Eventually, Victor agreed to help them by encouraging his allies - Peter Steiner-Davion, Yvonne Steiner-Davion and Hohiro Kurita among others - to flock to his banner.[1] 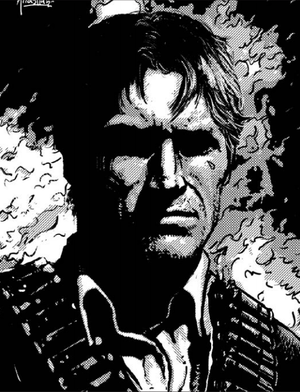 Devlin Stone during the Jihad

Many fans have advanced the theory that Devlin Stone is actually Arthur Steiner-Davion, given the circumstances of Arthur's alleged death, Devlin's abrupt resurfacing on Kittery without a known past, and the relative alacrity with which he was able to organize an anti-Jihad resistance and a post-Jihad Inner Sphere nation. However, this theory has been neither confirmed nor denied at this point.

There are many other theories concerning Stone's origin. Since he appears to have amnesia to his life prior to his actions on Kittery, and "Devlin Stone" is confirmed to be an alias he was using before his capture by the Blakists, it is possible even he does not know his own origins. Evidence does suggest that his parents were likely Blakist technicians who defected from the Order at some point, so his distrust and hatred of the Word is likely family-rooted. He seems to have been active in an anti-Blakist resistance movement called "Jerome's Truth" in 3067, and the few remaining members of this organization claim he came to them soon after graduating from an unspecified military academy in the Federated Suns. It is likely that this is when he started going by "Devlin Stone," though his reasons for doing so are unknown.

He was reported to have piloted an Atlas II during the later days of the Jihad, a 'Mech he obtained shortly after the liberation of Hesperus II.[2]

The text in this article is based on this revision of the Wikipedia article "List_of_BattleTech_characters" used under the terms of the GNU Free Documentation License. See the BattleTechWiki's copyright notice.
Retrieved from "http://m.sarna.net/wiki/index.php?title=Devlin_Stone&oldid=203433"
Categories: