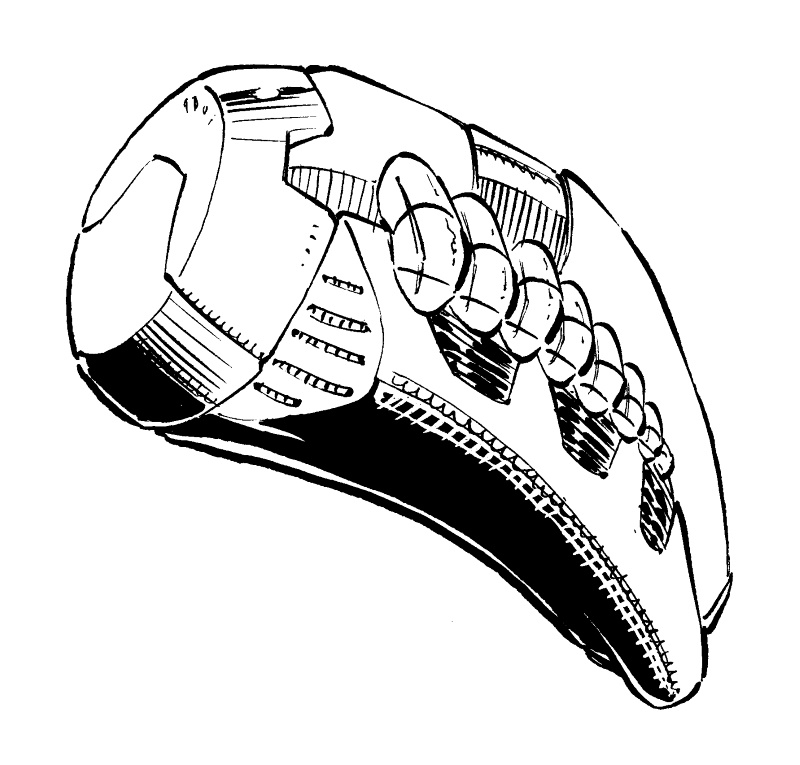 Virtually a self-contained emergency Coolant Truck, the Coolant Pod contains a reserve of compressed freon which can be flushed directly into the attached 'Mechs coolant system, boosting the effectiveness of each Single heat sinks by 100% and each Double Heat Sinks by 50% for 10 seconds.[1]

The experimental coolant pods are under development among all the Inner Sphere and Clans factions. Examples produced by the NAIS "Project Power Flush" are functionally identical to prototypes developed by the Scientist Castes on the Clan Homeworlds, but all have been so far unable to overcome the disadvantages of what makes them work so well and so fast: pressurized coolant.[1]

Coolant pods are highly susceptible to weapons fire; a fully pressurized pod will rupture and cause internal damage in the same manner of an ammunition explosion if struck. To avoid over-pressurizing and damaging the coolant systems of the equipped 'Mech, for safety reasons only one pod can be engaged at a time, though multiple pods can be carried. The violent release of coolant is damaging enough to the strained cooling systems of BattleMechs, the fragile modular coolant systems aboard OmniMechs consistently fail under the strain despite years of research by the Clans.[1]

The Coolant System/Coolant Pod is manufactured on the following planets:

Each coolant pod weighs one ton and takes up one critical spot. For each turn a coolant pod is active, each heat sink (no matter if single or double) dissipates 1 extra heat point. Only one pod may be used per turn. If a full/unused pod is struck, the pod causes internal damage (Unbound/Tactical Handbook = 20 point, Maximum Tech/Tactical Operations = 10 points) just like an ammunition explosion.[2][3][4]