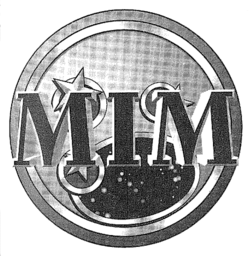 The Magistracy Intelligence Ministry (abbreviated to MIM) is the intelligence agency of the Magistracy of Canopus. Technically a branch of the Magistracy Armed Forces (MAF) and so receiving military funding and personnel, MIM operates independently and directly under the control of the Magestrix herself. Its virtual autonomy allows it to perform as a political device of the Centrella family throughout the Periphery and into the Inner Sphere, though it has avoided being turned into a "secret police" thanks to the efforts of Magestrixes who value Canopian society as free and open.[1][2]

The MIM began with the founding of the Magistracy when Kossandra Centrella created it as a special-forces unit of the military. However, as the Magistracy's pleasure industries turned it into the tourist destination par excellence, an opportunity was seized to turn the MIM into more of an intelligence-gathering organization. Posing as members of the Canopian tourist trades - from prostitutes to hunting guides to casino staff - MIM agents could gather information from traveling dignitaries and other notables and pass it on to the central government. Unfortunately, this greatly-expanded MIM often had to rely on hastily-trained operatives drawn from these same industries and did not have the resources or personnel to adequately analyze the immense amount of data they were bringing it. This drawback would prove costly when the Magistracy was conquered by the Star League during the Reunification War.[1][2]

Under Military-Governor Melissa Humphreys, the MIM was reorganized to mirror the Free Worlds League's own SAFE agency and made it answerable to the Magistracy's head of state. Even after the Magistracy regained it's "independence" though, the Star League High Council maintained control of the MIM and made drastic funding cuts to keep it in line. When the Star League collapse, the MIM's funding was increased and it restarted operations that had been banned under Star League rule. Thanks to its improved training and reorganization, the MIM became an intelligence agency equal to any of the Great Houses' and the most potent of any within the Periphery, allowing the Magistracy to ride out the Succession Wars despite its small military forces.[1][2]

The MIM was responsible for some of the early successes invading the Capellan Confederation during the Andurien Crisis but could not stop the Magistracy's eventual defeat. That defeat opened a rift between Magestrix Kyalla Centrella and her daughter Emma and would result in one of MIM's less noble episodes. Acting on orders from the Magestrix, Royal Operations Corps agents attempted to assassinate Emma but failed. When Emma overthrew her mother and assumed power, she purged it of Kyalla's few loyalists.[1][2]

Under Emma's leadership in the 3040s the MIM underwent a quantum leap in capabilities such that it was soon able to eclipse even some Great House agencies. The source for this vast improvement is not entirely known, as the public efforts to reform the MIM and increase its funding can only account for so much; explanations for this sudden increase in capability have ranged from defectors from Wolfnet to the discovery of a hidden cache of Star League lostech.[1][2] During the Clan Invasion it was MIM agents who were the first Periphery organization to actively seek out information on the Clans and made an effort to recover as much of their technology as possible.[3] MIM agents were soon discovered operating as far away as the Draconis Combine and Lyran Commonwealth in the late 3050s, and had even infiltrated the Word of Blake's ROM to a certain extent.[4] By 3067 even the Magistracy military had grown concerned with MIM and Senior General Hadji Doru requested that command of the ministry be shared, a request that Emma Centrella denied.[2]

Though structured along military lines, the Magistracy Intelligence Ministry's various departments are largely autonomous, with each department handling its own recruitment and training. Each is further subdivided along a cell structure so that no one section is aware of "the big picture." Coordination between the departments is on an as-needed basis and administered through the MIM's command staff. While creating some redundancy and jurisdictional friction, this also makes it harder for the organization to be compromised by outside infiltration.[2]

The CAC is responsible for data gathering and analysis which, despite its relative funding and personnel levels, is well-organized and sophisticated. The reports CAC create from its data operations are used to help inform the MIM command staff in directing the other branches. Notably the CAC does not posses any of its own field agents.

This branch is charged with internal security, conducting counter-surveillance on hot spots and areas of civil unrest within Magistracy territory (later expanded to include the Fronc Reaches). Its primary role of passive information-gathering is no obstacle however to the use lethal force if necessary. DOC agents also act as a "shadow police force" among the Canopian elite and dissemination of propaganda.

The FOC is charged with infiltrating and gathering data on foreign states, essentially mimicking the role of the DOC. While primarily a surveillance branch, the FOC can also undertake "interdiction" operations, the capture and execution of threats to the Magistracy.

The Royal Operations Corps is essentially an internal security force for Canopian nobility. Its operatives can monitory and interdict the activities of the aristocracy, even arrest and execute members of the ruling Centrella family. and even the ruling Centrella-family. For this reason agents of this department must survive a battery of tests to prove their utmost loyalty - first to the Magestrix, then to the state.

The HDC is a secret service task charged with the defense of high ranking officials of both the government bureaucracy and the nobility, a role it shares with the Royal Guards. While primarily tasked as escorts for VIPs, they also carry out limited law enforcement duties and surveillance.

The Ebon Magistrate is shadowy sub-department of the Magistracy Intelligence Ministry created during the reforms of Emma Centrella. It has been described as an ultra-elite covert unit consisting of military and civilian personnel that have no close family or friends and its very existence is hard to confirm. They are highly trained in every manner of lethal actions against their targets, from martial arts to operating a BattleMech in combat.